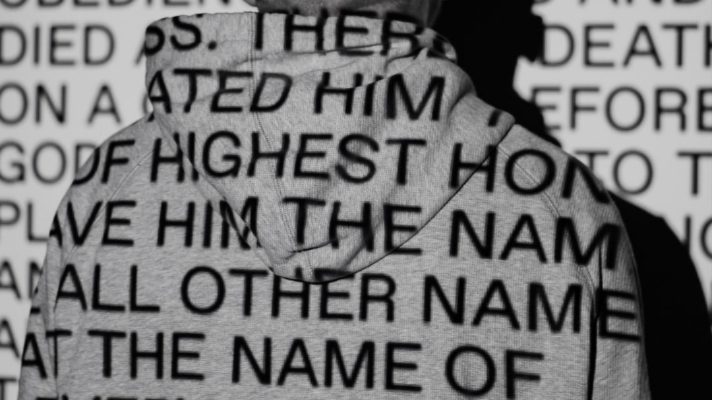 Spoken word is an art, it has the potential to be beautifully constructed and delivered. Sometimes it may appear as many strokes of colors on a board that may not be grasped by everyone who hears it. Other times, it stirs up feelings, emotions in the heart, mind of the listener.

Spoken word is a spiritual work of art, it resonates with the receiver/beholder in ways the speaker may not be able to comprehend or explained.

By Spoken Word, everything good and beautiful that we see including ourselves were made by God- Genesis 1:3-31, Hebrews 11:3

By spoken word, man was caused to fall from the presence of God- Genesis 3:1

By Spoken Word, the great destiny of a man called Noah was established by His father Lamech- Genesis 5:29

By spoken words, David determined and established his victory over goliath – I samuel 17:36-37

By spoken word, the Shunamite woman determined and established that she would not mourn over her son even though he was dead – II Kings 4:18-37

By Spoken word the Jabez’s destiny was determined to always be sorrowful all the days of his life because he was born in pain by his mother- I Chronicles 4:9

But by this same spoken word, Jabez cried to the Lord saying – “Oh that you bless me indeed and enlarge my territory, that your hand would be with me, and that you would keep me from evil, that I may not cause pain!” I Chronicles 4:10 And trajectory of His destiny was changed forever by God.

By Job’s spoken words despite his season of tribulations and pain, His life was preserved and he was blessed with even more properties and children than he the devil stole from him.

By spoken word from Jezebel, a great man of God- Elijah was discouraged in his spirit to the point he wanted to die. I kings 19:2-4. But the spoken word of the Lord was comfort and direction to Elijah.

By Spoken word, Esther was able to speak to the King in a wise manner such that the lives of the Jews were preserved. Esther 7:3. 8:3-10

By Spoken word Jesus told the lame to walk, raised the dead to life, cast out demons and so on

The above are just but a few of the samples of the power and beauty of spoken word(s). As humans we have a measure of the breath of God which He put into us at creation and this breathe of God which is the spirit of God has so much power. It is the power behind every form of beautiful creativity.

The bible tells us that before God spoke the universe into existence, He allowed His spirit to hover over the void surface then He began to speak- Genesis 1:2.

Therefore as humans who have a measure of this spirit in us can create and destroy with our tongues. More So as christians, we have a great measure of the spirit of God in us and we should use our tongues very wisely.

God who created us knows alot more about us than we do and hence, He created for us a manual- the bible to show us how to operate in this life. He told us that the power of life and death is in the tongue and those who love it, will eat its fruits – proverbs 18:21

He has also told us many other things about our tongues and how we should use them. The list below is non exhaustive of it all, please refer to the bible for everything so you can eat the fruits of the power in your tongue in Jesus name.

The word of God tells us to resist corrupt spoken words but engage in spoken words that builds and gives grace to the hearers- Ephesians 4:29

God also tells us to desist from spoken words filled with lies, but engage in truth speaking always – Ephesians 4:25

Jesus tells us that by spoken word with faith in our heart we can speak to mountain-like situations to disappear- Mark 11:23

God tells to speak the truth always but in love – Ephesians 4:15

God says we should listen attentively before we use our tongues – Proverbs 18:13

Words are like honeycomb hence, our Words should be filled with so much grace that it brings sweetness to the soul and health to the body – Proverbs 16:24

And last but most important, with our spoken words should be filled with praises to God, expressions of joy and we should always converse with God our maker- non stop I Thessalonians 5:16-18

May we eat sweet fruits from the power in our tongues in Jesus name.