Reading the books of the Judges and Kings of Israel which tells us the stories of the Journey of the Israelite under the reign of different judges and Kings.

A certain phrase which I came across quite often is, And the children of Israel forgot God’’or “The Israelite turned away from God” or “They began to worship other gods”

I found it fascinating, in fact, I thought to myself, they were absolutely silly! How can one forget a God who did wondrous things in their lives. One who delivered them from slavery, one who parted the red sea. They walked through the dry land of the parted sea all by God’s power.

A God who spoke to them and the earth shook, a God who Moses, their leader spent time with and he came back all shiny. The list is endless 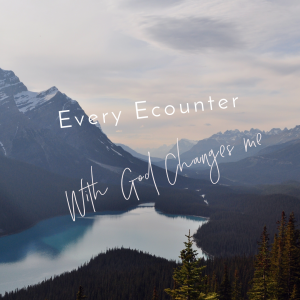 My amazement is how anyone forgets such a God?!

Well, not to be too harsh on them and so judgemental which isn’t in my position to be. The generation of the Israelite  that witnessed the workings of God, experienced Him or witnessed encounters all died and  a new generation sprung.

All they had were stories, they probably thought they were myths or folktales, so they just turned to what they knew-gods.

But then, God  kept showing up for them, He fought battles for them, made provisions for them and then oi would read, “And they turned to pagan gods”

HOW?! How please?! Silly people, I thought to myself!

Till in church, a dude shared his testimony on how he forgot God.

He had been fervent for the lord, served God in his vineyard, nutured his relationship with God and God blessed him tremendously. All we can give in return to God for His blessings is a life of worship.

This guy continued in his fervency till, his job began to take the place of God. He no longer had the time for this great God who had given him the Job.

God was merciful , he warned him. God gave him hints about their dwindling relationships and told him to make amends.

This guy failed to, he lost his job.

He realized his shortcomings and went back to God, God is amazing. God forgave him and restored him.

The Israelites may not have been brainwashed and forgotten about God completely, they just might have been distracted by little things like their children, spouse, or job. Making them priority over God who is lord over everything and could decide to take them at anytime.

I might just have forgotten God in my doubts also. God has done so many amazing things, I can tell of His wonders in my life and family. But then, some difficult moments come and I start to doubt, that’s me forgeting my God, forgetting the power that He has, foregetting what He Is capable of doing.

So who the hell am I to throw stones at the Children of Israel about forgetting God.

How do I not forget God?

Seek to have an encounter with Him every day. His love and mercies are new everyday.

Ever seen a dimension of God an think you have seen it all, then God shows up in ways you completely  didn’t expect? Can I have a witness?

William McDowel in his song withholding nothing, could’t have said it better- Every encounter with God changes me, changes you.

Its way more than electric  feeling, its an inward, outward transformation.

We can encounter God in our sleep, through His Holy spirit in our lives,through good music, a sermon, it’s an endless list my friend.

Just seek to encounter Him,when you do encounter Him day in day out, there is no way you are  letting go of that precious relationship with Him.