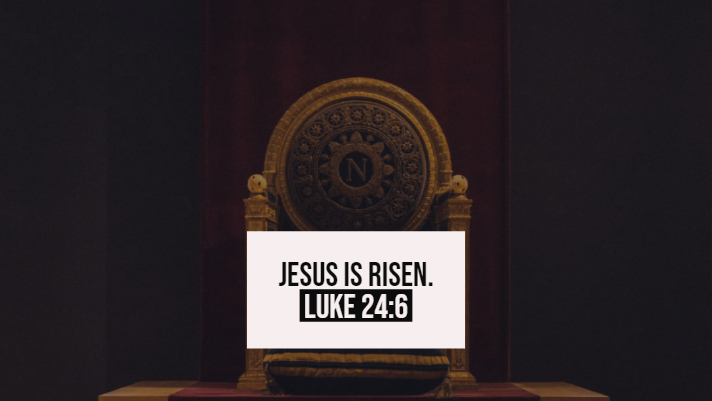 And finally, my friends and I were able to complete our bible study; the book of Luke. If you missed any of my study notes, have a look here, here and here.

Below is the concluding part of my study notes 🙂

Luke 23
Verse 1-5
Well it looks like Pilate was the only one that wasn’t being controlled by the devil. He could see clearly that Jesus had done nothing wrong.
But imagine if everyone at the council was like Pilate, our Lord Jesus won’t have been able to go to the cross to conquer death and give us access to salvation.

Praise God who is so strategic, who permits what He wills, so that everything works together for the good of those who love Him and called unto purpose.

Verse 6-12
Pilate, seeing that he could not judge Jesus. He sent Him to Herod who ruled the region Jesus was from.

Herod was excited to see Jesus because he had heard a lot about Him and the miracles He had performed. He thought he would get to see them first hand.

But Jesus was quiet the whole time Herod kept questioning. Sometimes,Silence is golden.
In the end, Herod and his men made fun of Jesus. Of course, the devil was using them.

Then Herod sent Jesus back to Pilate.

Anyways, we see that the two kings or ruler- Herod and Pilate who were enemies became friends on this account.

Verse 13-25
It’s so sad to read. The way the crowd , priests kept screaming that Jesus be crucified for doing nothing.

Pilate and Herod had found Him not guilty but they just wanted to kill Jesus.
Imagine, they asked that a man who had caused riot and killed someone- Barnabas to be released.
But dear Jesus who was a man of peace, who brought life to so many situations was condemned to death.

Sigh! See the contrast, see how twisted the human mind can be when controlled by the devil.

But I am consoled with the fact that everything works out for the good of everyone who loves God.

May God help us to see the bigger picture whenever we are being confronted with difficulties or challenges in Jesus name.

May He give us strength to thrive in the midst of these challenges in Jesus name.

Verse 26-43
I always thought Simone from Cyrene volunteered to help Jesus carry the cross. But we see here that the soldiers forced him to carry the cross for Jesus at some point .

While on the cross, with two criminals by His side. One of them was just a fish!! Shouting to Jesus to save Himself and also to save them.
But the other one recognized who Jesus was and He asked that Jesus remembered him in paradise.

What a privilege to be at such a close proximity with Jesus and thank God for His life and wisdom to make such a request. Because it would have been so painful to die such a painful death and still go to hell.

Jesus promised the criminal paradise and Jesus sure is a promised keeper.

At 12 o’clock till 3pm the whole place was filled with darkness. The angel of death was passing by perhaps to take the spirit of our Lord Jesus Christ

I am not sure but that event is very significant.
Anyways it is noteworthy that before Jesus died, He cried out to God and told Him, “in your hands I commit my spirit”

Remember the spirit of a man gives him life! And whatever is put in the care of God is safe.
So Jesus put His spirit in God’s care.

Our Jesus is alive! He conquered the grave! Death could not hold Him down.

Verse 16– when He appeared to the two men going to Emmaus, they didn’t recognize Him

Verse 25-26 Jesus sounded mad at the two men for staying gloomy or probably was the tone I read the verse.

As I read the verse , “Then Jesus said to them, “How foolish you are, how slow you are to believe everything the prophets said!”‭‭Luke‬ ‭24:25‬ ‭GNTD‬‬

“Was it not necessary for the Messiah to suffer these things and then to enter his glory?””‭‭Luke‬ ‭24:26‬ ‭GNTD‬‬

Anger was the tone I felt, anger/irritation at these followers of His.

Like why were they sad! They should know better, they should be more sensitive to things of the spirit. They should have believed the account of the women who saw the angels.

Jesus has certain expectations of His friends/ followers.

May we be able know Jesus’ expectations from us.

Verse 27 Jesus went ahead to explain to them that the things that happened to Him just had to happen for scripture to be fulfilled. Jesus has been written about even from the beginning of time through out the whole scripture starting from Genesis.

Verse 28-31 Jesus acted like He wanted to go away but the followers pleaded that He stayed with them.

We all have self will and choices to make in This life. If we invite Jesus into our lives or space, He will oblige and accept the invitation.

They ate together, as usual Jesus blessed the bread , they broke it and ate it. At this time, they recognized Jesus and He disappeared.

The more time we spend with Jesus, the more of Him He reveals to us.

May we be able to map out time to spend with Jesus in Jesus name.

Then Jesus appeared to the rest of the disciples as the first two tried to tell them about their encounter, they recognized Him. But they were terrified, thinking He was a ghost. Jesus showed them His hands and bones, how sore and bruised they must have looked

They saw His hands and began to rejoice.

Jesus opened their minds to understand the scripture now. And how His ordeal was for the salvation of the whole world.

Now Jesus bestowed upon His disciples the task of witnessing about Christ, preaching the gospel to the four corners of the earth starting from Jerusalem .

But He told them to wait for the gift of the Holy Spirit and power to preach the gospel.

To do the work of God, evangelism in whatsoever form we need the Holy Spirit and the power of God.

May we be endued accordingly in Jesus name.

Bethany was where Jesus stood when He gave orders about the donkey and He rode into the city like the King that He is.

Bethany , is where He led His disciples to and ascended into heaven to sit at the right hand of God like the King He is.

Blessed be our King of Kings, for He reigns  forever !