Earlier this week, my friend used the word surrender in a sentence and it struck a chord inside me. I have heard this word so many times and I believed that I had fully grasped its full meaning. I probably have but on this peculiar week, I pondered and questioned the Holy Spirit what it means to surrender to Jesus.

Indeed, Jesus has answers to all the questions we may have and the answer to my question, “What does it mean to surrender to Jesus?” can be found in Matthew 19:21 – “go, sell your possessions and give to the poor, and you will have treasure in heaven. Then come, follow me.“

I pray that the Holy Spirit opens your understanding as you study and meditate on the verse of the bible. While He does that, I would go ahead to share with you what He is teaching me in this moment about surrendering all to Jesus.

To surrender to Jesus includes but does not stop at:

The verse above is coined out of the conversation that transpired between a rich man and Jesus Christ. The wealthy man was curious about having eternal life, He wanted to know the extra things he needed to do asides obeying the commandments so that he could live forever – Matthew 19:16-18. I really love and admire the fact that he asked Jesus these questions, I think it was extremely commendable of him.

But as Jesus told him to sell off all his properties, give them to the poor and follow Him. The bible tells us the man’s countenance after he heard these words of Jesus, he became deeply sad and walked away from Jesus because he had so many things and could not afford to do without them- Matthew 19:21-22

To surrender to Jesus Christ starts first with the determination to give up whatever Jesus wants me to give up. –

The rich man asked Jesus all the right questions but he was not exactly ready to do all that Jesus would have Him do. The things Jesus may want us to give up may differ per time but as believers, we should have the mindset and readiness to give up whatever Jesus may require of us per time.

This may not all of the time mean for us to sell off all of our properties and other times it may mean for us to give Jesus all that we own. It is all dependent on the voice of the Holy spirit leading us.

For the first twelve disciples that Jesus chose to walk with Him, they had to give up their jobs or careers, families which may have meant everything to them- Matthew 4:18-21. Humanly speaking, it did and does not make sense but at the end of it all, they did great exploits in the name of Jesus. I pray the Holy spirit makes it make sense to you in Jesus name.

Matthew 19:21 has a vital phrase that we may often means out on. Jesus told the rich man to go sell his properties AND FOLLOW HIM. Which translates that wherever Jesus went, He wanted the man to follow His lead. The same was applicable to the disciples; wherever Jesus went, they all went with Him – drawing from His well of wisdom.

We are not left out as well, what is Jesus asking you to surrender to Him in this moment? Is it your life? Ambition? Money? Time? Surrender all of it to Him, He makes all that you give to Him beautiful.

Sometime in 2016, God would have me give up the first job I had ever gotten in my life. I had just given my life to Christ in that year, so I was still brand new to this surrender thing but I thank God for the grace to yield and obey His voice. Looking back now, I believe He asked me to do so for my own good. That I may dig some depth with Him, the months after without a job- I spent studying my bible and learning about Jesus. To God’s glory, that same year, 7 months after I got a job with perks beyond my imagination.

Fast forward to 2019, God would have me give up gossip, LOL! Surrender is per time, brethren.

I Samuel 1:11 & 23-27 tells the story of Hannah who was without a child for many years. She was so moved in the place of prayer, she made a vow to God. She promised to return the child He would give her to the temple of the Lord to serve there.- I Samuel 1:11. In the same way Hannah was moved to make that vow to the Lord, we may also be moved to make vows and promises to the Lord but we should be careful to fulfil our own part of the vow. To surrender to Him means that once He does His part of the deal, we should ensure we fulfil our own part of the deal.

When you vow a vow to God, do not delay paying it, for he has no pleasure in fools. Pay what you vow. It is better that you should not vow than that you should vow and not pay. Let not your mouth lead you into sin, and do not say before the messenger that it was a mistake. Why should God be angry at your voice and destroy the work of your hands?

She named her son, Samuel because God had given him to her. The bible goes ahead to tell us how Hannah willingly gave her precious son to the service of the Lord. Humanly speaking, she’d probably protect her only precious son with all her life and say to herself “what if I do not have another child when I give this one to God!” But she nurtured him to a point and took Samuel to live in the Lord’s tabernacle .

This singular action of Hannah, speaks so much volume :

God probably looked upon her from above with so much awe, like so women like these still exist! He must have been so elated about her action that He blessed her with 5 other children – 3 sons and two daughters.

Like I said earlier, when God asks us to surrender something, it is usually for our greatest good. I pray that in this moment you are able to yield to the voice of the Lord and surrender all that He wants you to surrender. 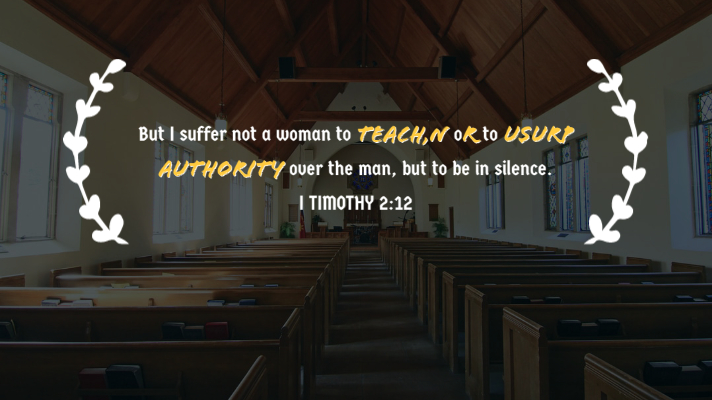 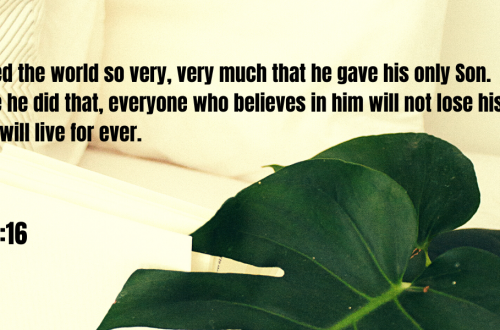 The Person of Jesus; Who is He? (Poetry)

The Cost of not knowing God.